As weather takes a turn for the wetter, please find a summer newsletter updating you on the varied activities across the club. As always, keep checking the club calendar on the web site for upcoming events which are generally scheduled at least a month ahead.

Another packed schedule of rides last month including “Round the Block” which is a complete 200KM lap around the Severn Estuary through some glorious scenery. You get a bit of everything on this ride….. rivers, bridges, forests, nice cafes, and an ancient abbey too!

We managed to mostly dodge the showers last Sunday on our new 100 mile ride out to the climb at Combe Gibbet. Six riders enjoyed a tour of the North Wessex Downs along lovely, quiet lanes over to West Berkshire and back home in time for tea. We’ll hopefully arrange this ride again next year so more of us can enjoy it

On Bank Holiday Monday we had a ride for the MTB and gravel bike riders amongst us. The route headed out on the cycle path to Cherhill then into Avebury and a morning coffee stop at the Circles Cafe. After the cafe we retraced back to Beckhampton and climbed up to Tan Hill where we picked up the Wansdyke and its amazing views to the north and south from the highest hill in the county. We followed the Wansdyke until it meets the Ridgeway which we then descended (with care) to East Kennett before continuing onwards to Overton and Fyfield Downs. The route descended Hackpen on the road and then picks up the fast running gravel trail from Broad Hinton to Yatesbury after which we returned home on the cycle path via Calne.

Wiltshire Air Ambulance Saturday ride in October, we are looking to arrange a ride out to WAA to handover a cheque from the charity fundraising the club did before Covid came along. We’ll publish details on the website when the date’s confirmed and ask that as many riders as possible can attend in club colours.

Dylan is handing over the Sunday leisure ride organising to Stewart from the end of September, supported by the rest of the leisure ride team. The committee would like to thank Dylan for keeping the rides going over the past year.

Having decided that the resurfacing of Wick Hill with gravel top dressing made the hill potentially unsafe we moved to Bowden Hill. Thankfully our good relationship with the Wiltshire Forensic Accident Investigation Team (yes that is who is responsible for approving time trials, not the Abnormal Loads Team anymore) got us permission to race. This meant that Paul Winchcombe got the chance to race Bowden this year, having thought that this year he would miss out. It also meant we got to race Bowden in the dry as the weather gods hadn’t got the message, no doubt normal service will resume for 1 October for the Open Hill Climb.

We met in the car park in Lacock next to the Red Lion and we had a good turnout despite the chat group list of excuses for not turning out. Stuart Anderson continued his education as a start timekeeper as we needed 2 TKs to manage the hill climb. There was some rudeness about Paul being on a road bike, apparently some weren’t sure he owned one.

Bowden presents a much bigger challenge than Wick Hill and sadly a bit more traffic, which in the main was not a problem except the tractor coming down the hill with SUVs going up the hill, which meant Nats got held.

Well done Andrew Lockwood for retaining the Roberts Tankard Hill Climb Trophy. Theo Anderson was not far behind and next year could be interesting. 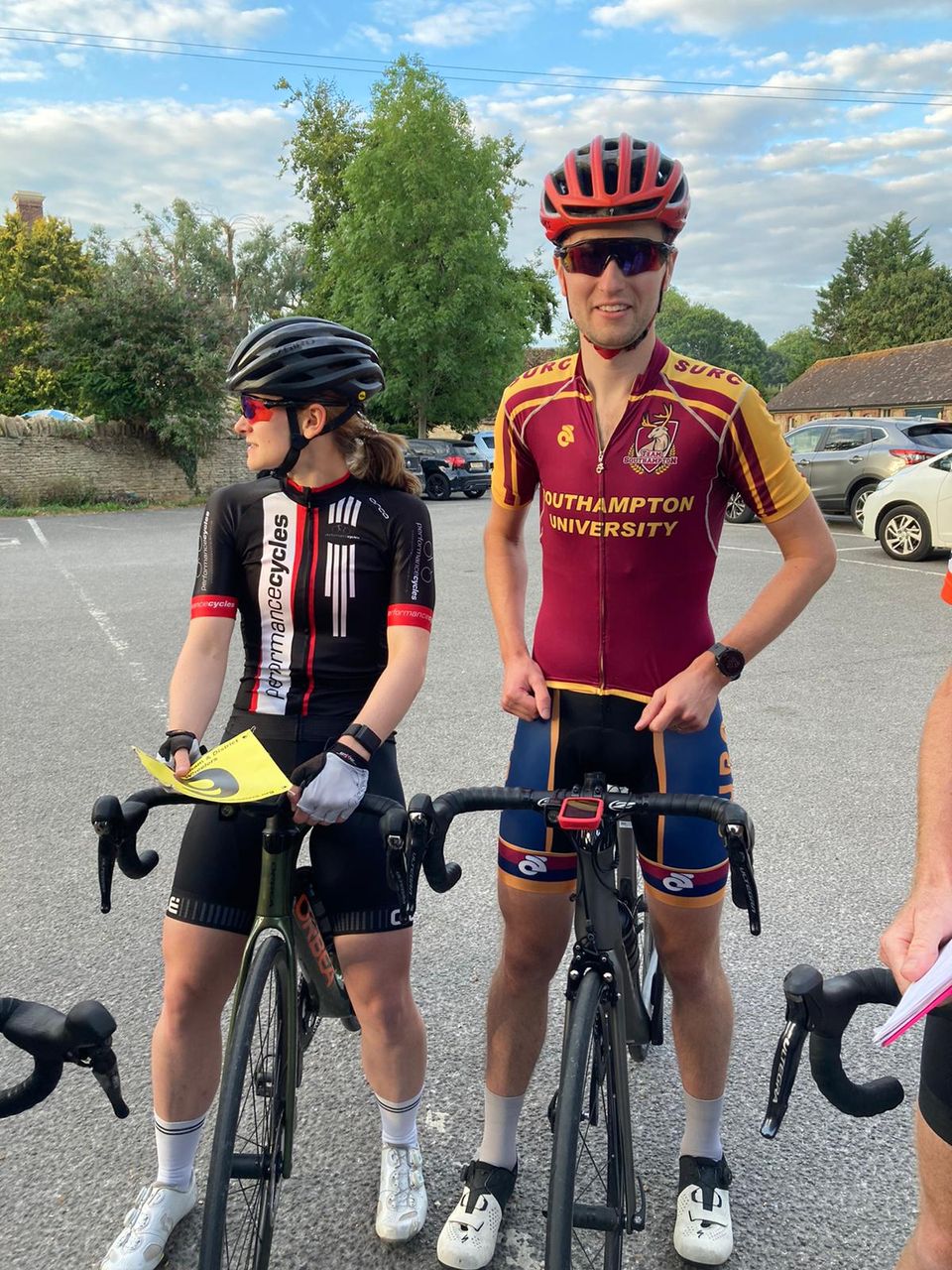 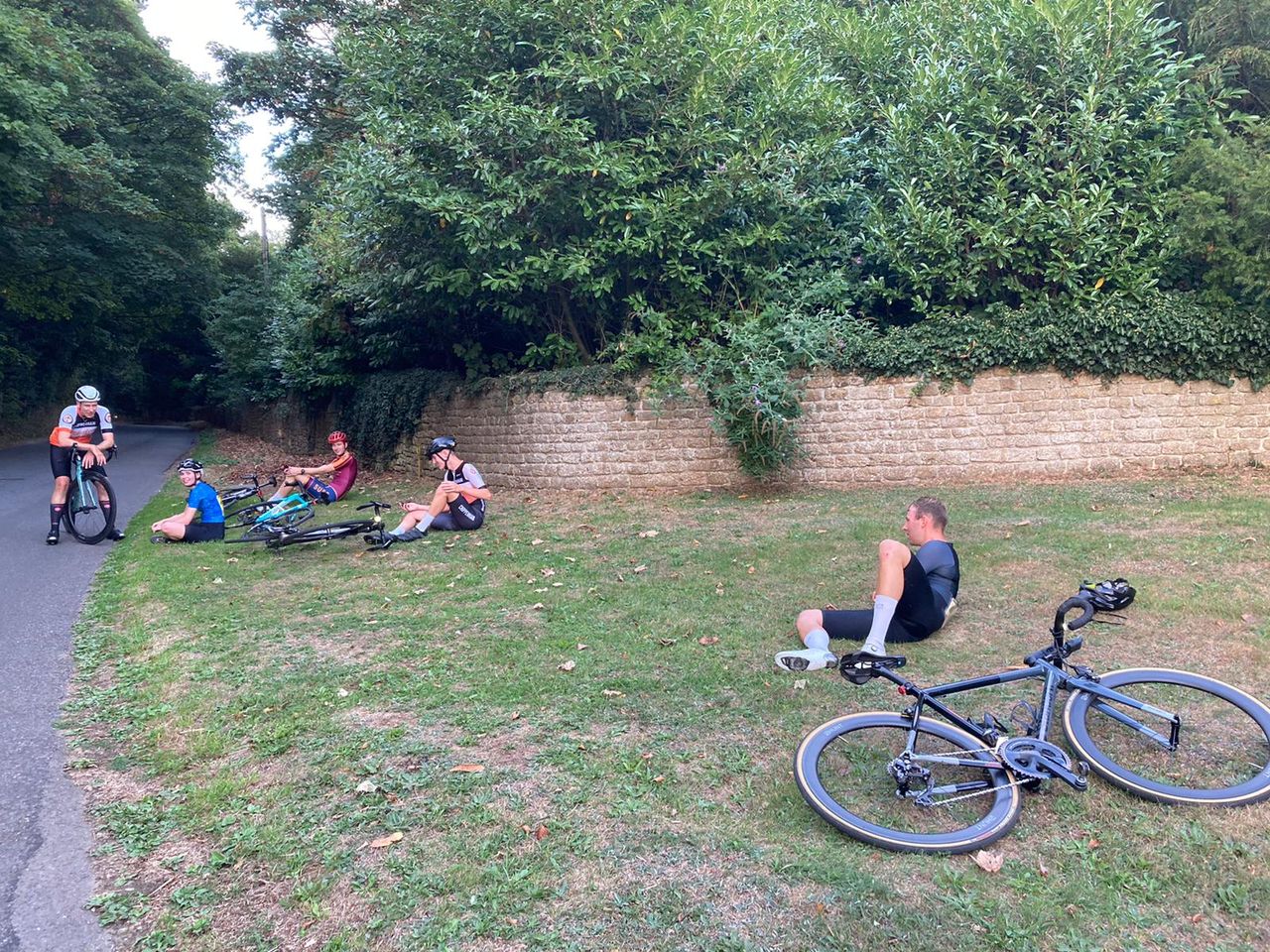 After several recounts (well formula checks, failing to make pivot tables work, manual re-ordering and a recheck of the club rules) the Jack Nunn results for the year are in. The first thing to say is that this has been an energising year with several new faces and some great performances by new riders and the more experienced didn’t do too badly either.

We are very pleased to announce that Theo Anderson has won the Club Evening 10 mile Time Trial Cup (aka the Jack Nunn Handicap Series) and the Jack Nunn Junior Trophy.

James Eccleston wins the trophy for most improved rider by beating his 2022 handicap which was set in 2021 by 22 seconds. (Handicaps which were set this year do not count for the handicap improvement award.)

Once again our thanks to Sue Andrews and Mike Edwards for their support throughout the season and Stuart Anderson for stepping in for the time keeping. 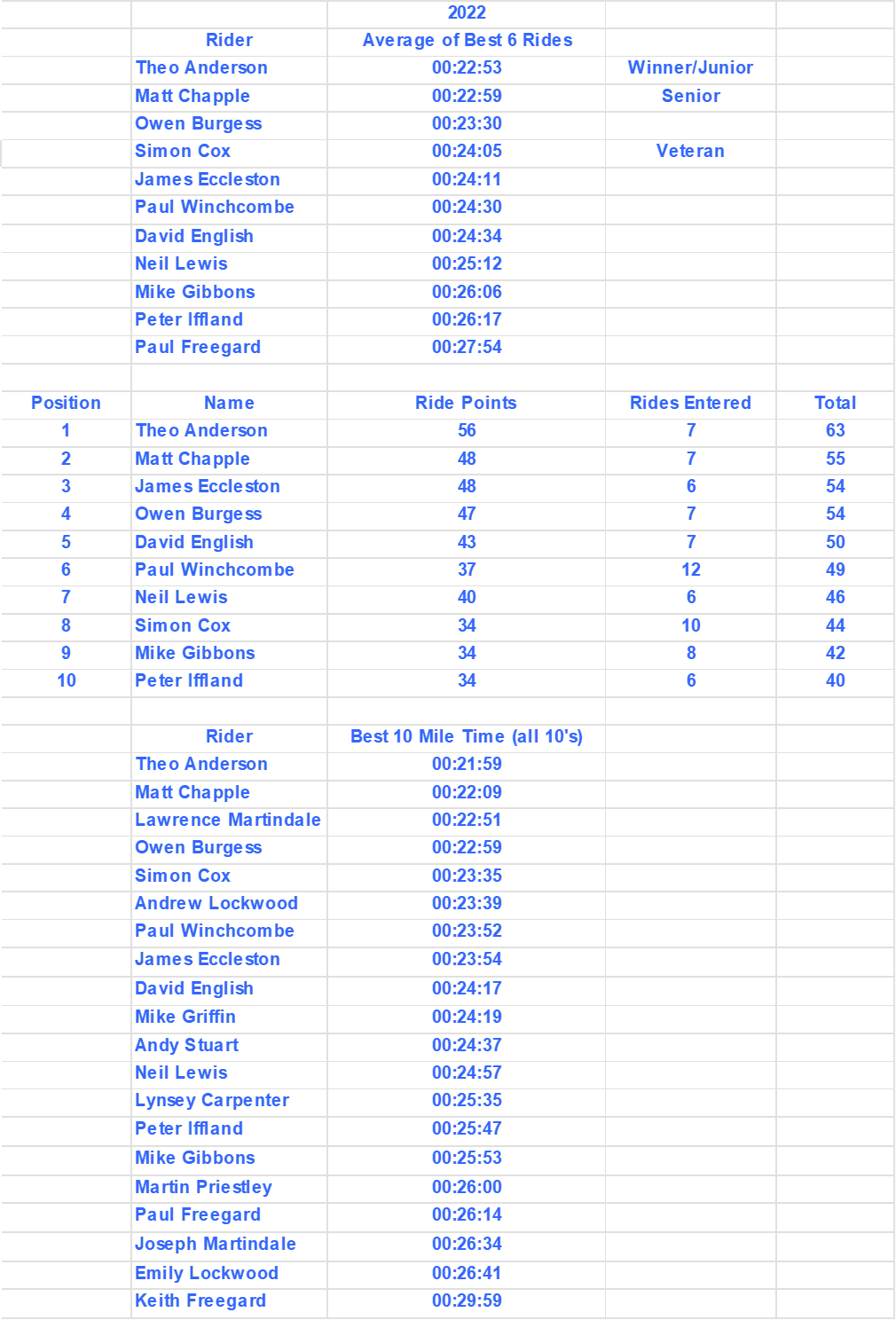 Just when you thought it was safe time trialling returns for the final throw of the year and the club are running 2 events in October. The Bowden Hill, Hill Climb on 1 October and the U41 Ashton Keynes 10 on 2 October. We are hoping that both days will be dry as last year the hill climb returned to being a bit damp.

As always, we are looking for an official at the start, someone to help with signing on and number returns and some marshals.

If you can help please contact Ian Potts for the HC or Paul Winchcombe for the 10.

This year for the HC we are once again supporting St Anne’s Church, Bowden Hill (also known as the Church in the Clouds) and signing on will be at the church. And those that helped last year will no doubt remember the cakes!

Theo entered the 2KM Individual Pursuit and the Points race. The Individual Pursuit was only the second time he had used a start gate and his inexperience cost him quite a bit of time at the start but he finished strongly to end up 26th.

The Points race was a little frustrating as in the heats we thought that you had to finish in the top 12 to progress to the final which Theo did. Unfortunately, only the top 11 riders qualified so ended up equal 23rd.

Overall, he really enjoyed the experience and has already decided he wants to carry on with track racing next year and wants another crack at the Individual Pursuit and Points races at the Junior Track Nationals. He is also organising some training sessions over the winter to work on his technique.

Theo competed in the final round of the National Youth Series at the 3 day North West Youth Tour.

Day 1 consisted of a 2 mile prologue on Morecombe promenade. Theo finished a respectable 26th less than a second of a top 20 place.

Day 2 moved on to a 50 minute road race held on a 2 mile circuit and included a 9% climb each lap. Theo stayed with the main peloton all race but unfortunately was held up behind a last lap/last corner crash which lost him 15 seconds on GC.

Onto Stage 3 which was a 70 minute race on a 1 mile course, Theo finished in the main peloton despite several efforts to attack off the front which were quickly shut down.

Overall, Theo finished 31st on GC (out of 100 riders) and without the lost time on stage 2 would have finished 20th which in his first year of racing is a phenomenal achievement.

Upcoming Events for your Diary

Currently the club rents a storage facility to store all our equipment which costs the club a significant amount of money each year. If anyone has any storage options that we could use then we would be grateful if you could let the committee know via email.

We are looking to set up a Social team to organise social events for the club. This could include but is not limited to such events as skittles nights or film nights. If you would like to volunteer then please contact the committee via email.