Most of the club communication with members is online these days. This web site is the official source of news and events via the calendar. Other channels of communication are on social media (see below) or email.

The club secretary can be contacted via email at secretary@chippenhamwheelers.org, through twitter @chipwheelers, or Facebook. Other club contacts include:

The club has a Strava group which provides the distance statistics displayed on the web site home page.

Chippenham & District Wheelers is a friendly, thriving cycling club that welcomes cyclists of all ages and abilities. We cater for riders of all ages and abilities, with a strong focus on developing young cyclists. In the summer of 2008, we were awarded Clubmark Status by the British Cycling Federation. This now a Sports England governed accreditation. The award is a high quality mark identifying those clubs with junior sections that have worked hard to ensure that their club is safe, well structured and well managed. The local Castle Combe circuit is used for various cycling activities including children learning bike handling skills under qualified instructors in the British Cycling Go-Ride scheme. The circuit is also used as a safe environment for training (all ages and abilities), racing and time trialling.

The club rules can be found here.

In addition, the club has the following policies that should be adhered to by all members. 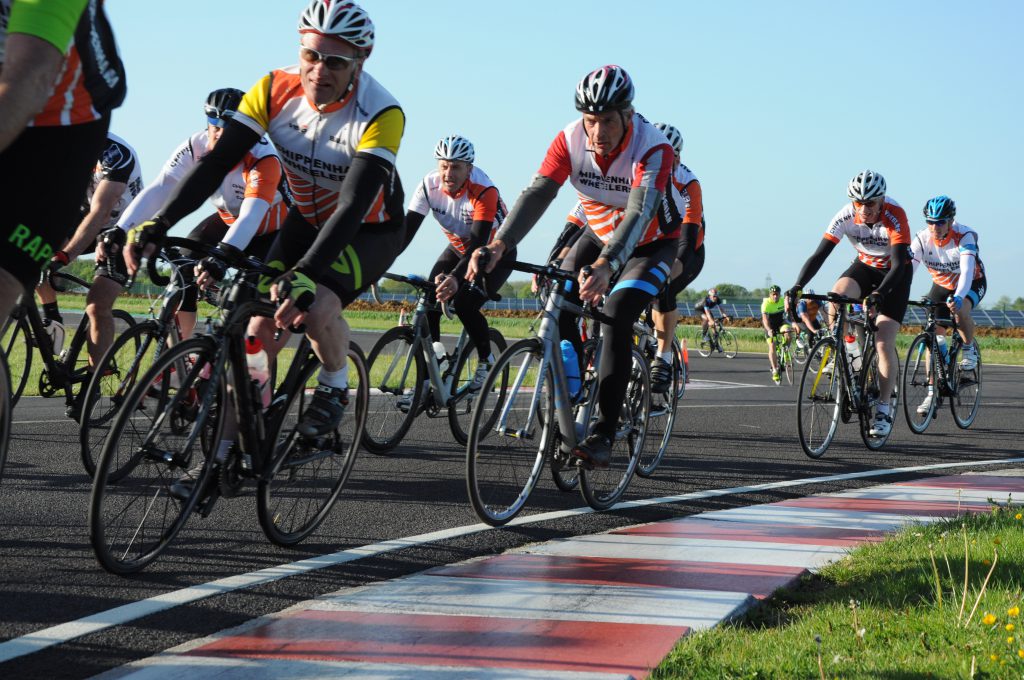 Formed in 1932, Chippenham Wheelers revived a floundering club called The Red Triangle Cycling Club. Jack Nunn was a young member who later became the Club President. He later achieved distinction in 12 and 24-hour races. The Club 12-hour Championship Cup and Trophy events are named after him.

We later became the Chippenham & District Wheelers in recognition of the wider area from which members came. In 1968 we amalgamated with the Chippenham Coureurs, a local school cycling club, with Dick Bond as the General Secretary for most of the time over the next 25 years.

During the late 1970’s / early 1980’s our members achieved considerable successes, with Mike Bond winning the Western Division Road Race Champion in 1978. Keith Wright finishing 2nd in the 24-hour and 3rd in the 12-hour National Time Trial Championships. Gary Woodward came 2nd in the 12-hour National Championship, and 4th in the National British Best All Rounder competition. Keith Wright and Stan Mills achieved 2nd Team in the same competition. We also promoted Juvenile time trials and bunched racing in the town as part of the Chippenham Carnival.

We now run five open time trial events annually, as well as a Good Friday day of races at Castle Combe Race Circuit. We also run summer weekly time trials for both senior and youth riders. As well as road racing and time trials, we support activities such as multi-event competition and are affiliated to the British Triathlon Association for duathlon and triathlon events. We have an active mountain bike/ off road contingent who use various courses locally for training and racing. We also have a regular and popular programme of non-competitive cycling, including an annual Audax series ranging from 50k to 175k, weekly leisure rides of 40-60 miles, as well as easier rides for families and less experienced cyclists. Take a look at the calendar for the current programme of activities. 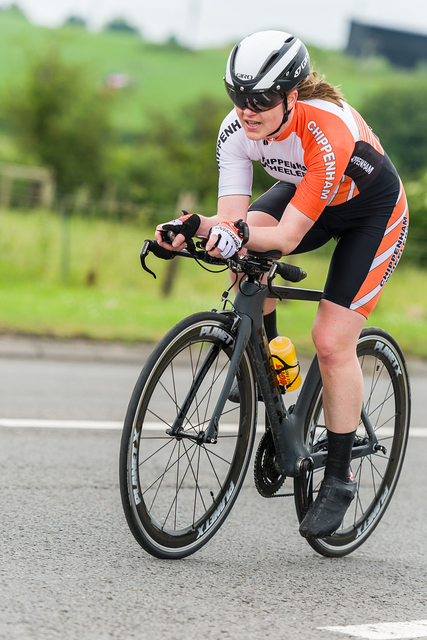 The legacy of the 2012 London Olympics brought the club a surge of membership and interest in grass roots cycling. By 2016 Rio Olympics this growth had stabilised and the membership constant at just over 400 members. Following 2016, membership has reduced in line with national trends. Growth and change is something the club will embrace with its usual enthusiasm, after all, it is only a bike ride.

The club is affiliated to: