The club held its annual awards ceremony at the Chippenham Sports and Social Club on Friday 20 May.  For those that were unable to attend the text for the awards is below. 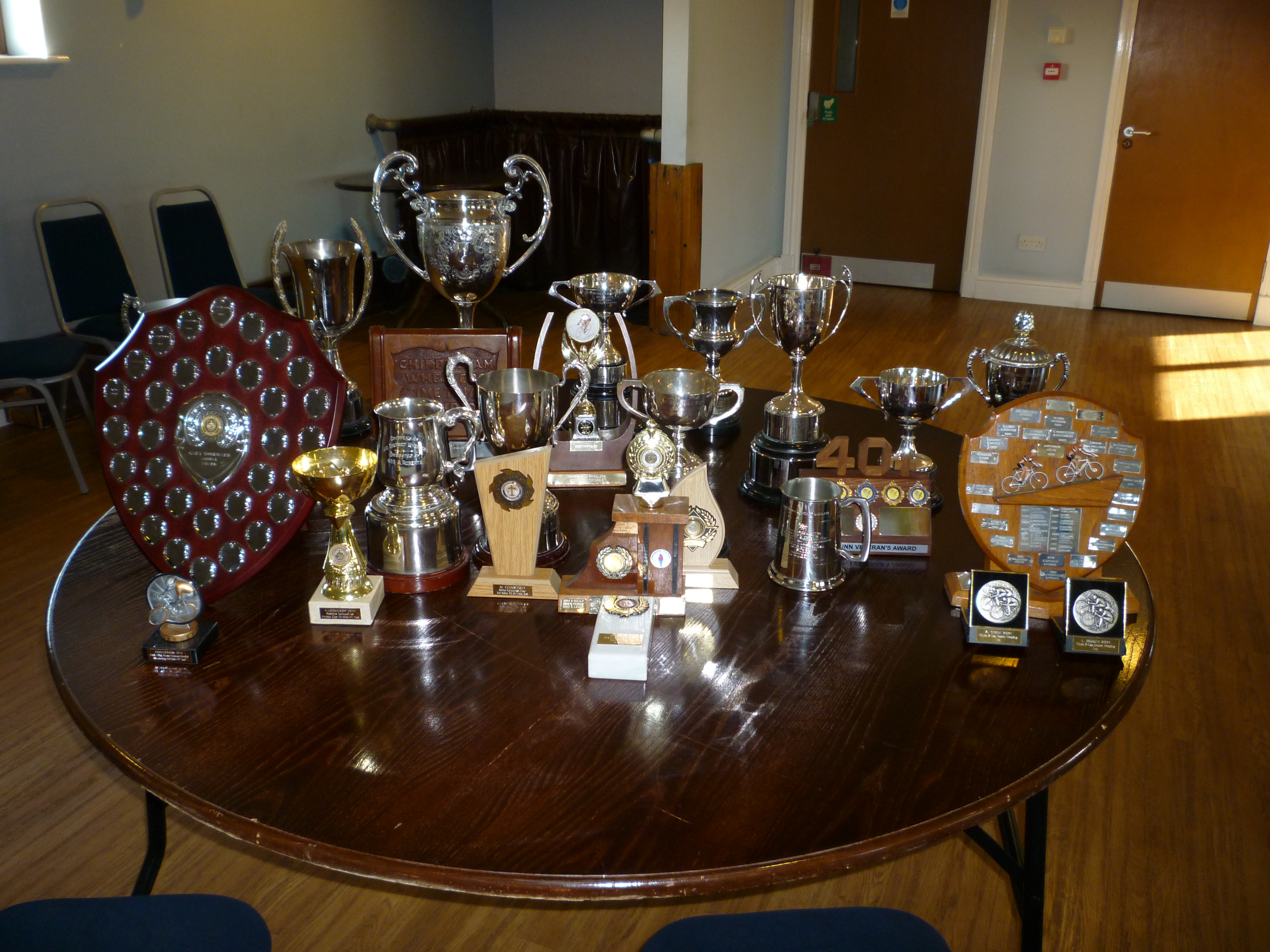 Thank you for coming tonight.  Hopefully you will all have read the 2021 Time Trial report or will head home to read it on the club website, where a record of the season and the club’s racers is recorded.

Following on from a time trial meeting last week I hope that you have seen on the website and Face Book a number of initiatives which we are trialing to encourage greater participation, the first of which is road bike category for the evening series starting on Wednesday, 1st June.  It has to be said at the moment those riding road bikes are beating the speed machines and may qualify for the main awards if they meet the qualifying criteria.

I must give thanks to club time trial supporters, event organisers, assistants, time keepers and all those who turn out to help the club lay on both club and open events.  Without you there would be no racing.

We have a number of 2020 awards as well which were not collected at last year’s prize giving so after the awards presentation if the following could come and collect their keepsakes from 2020 it would be much appreciated.

And some Audax Medals

And Owen Burgess if you are here I have your 2012 1st Senior in Jack Nunn series!

Eric Fletcher Audax Shield
This was previously the Audax Shield and has been renamed in memory of Eric
The winner, Sheni Jiwa, is not here tonight but was given the shield at last week’s committee meeting.

As you all know the Audax series was not run in 2021 due to COVID.  For 2022 Sheni is introducing medals based on distances covered so there will be bronze, silver and gold to acknowledge those who ride the greatest distances. 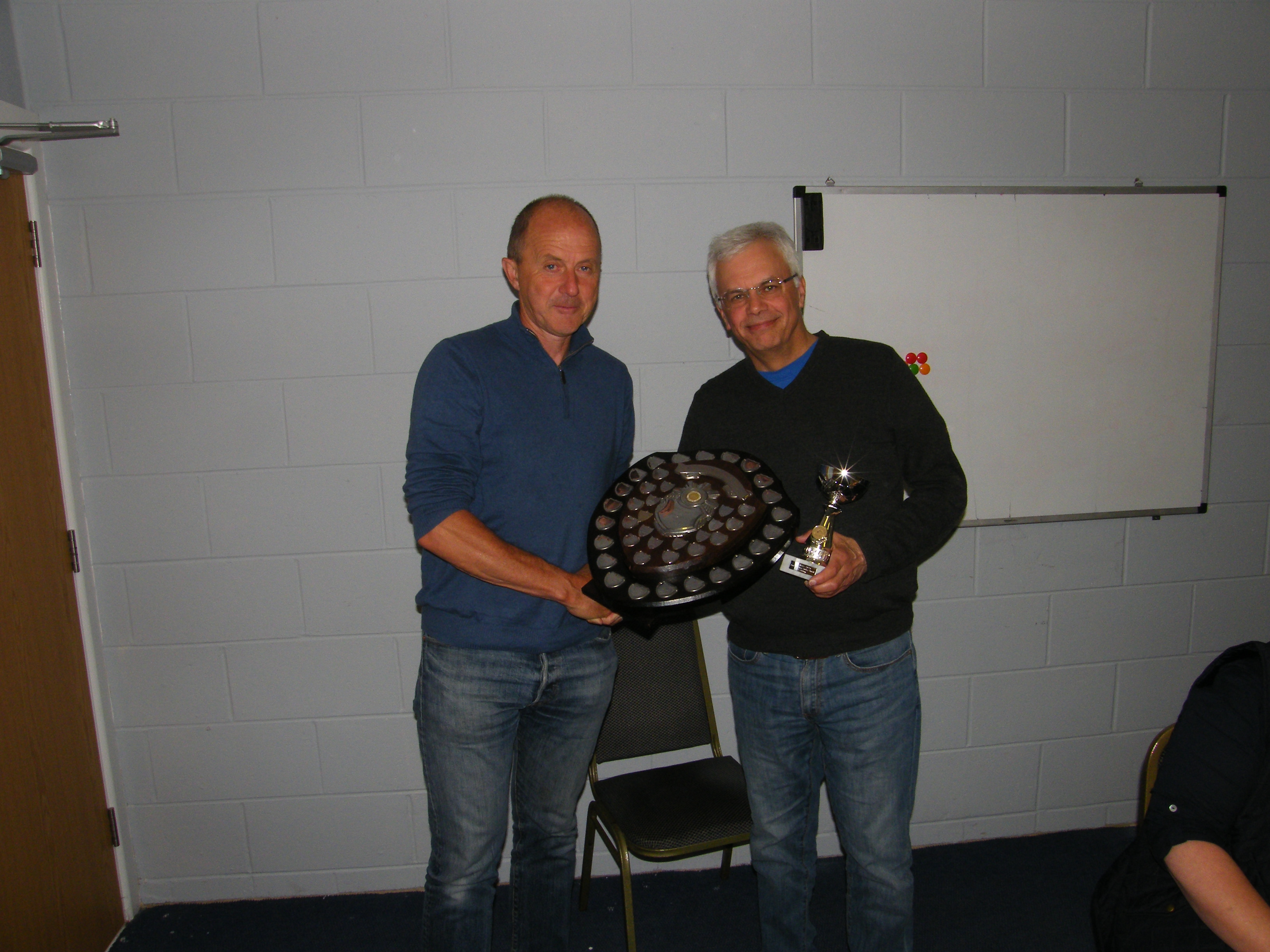 Normally at the awards ceremony we have a number of other awards not relating to time trialing and racing.  Only one of those is being awarded for 2021 and for Midge’s support to club rides and the club she is awarded the

Now to the time trial awards, which are in no particular order (noting the on the night prize recipients are gathered behind a table of cleaned and gleaming awards.) 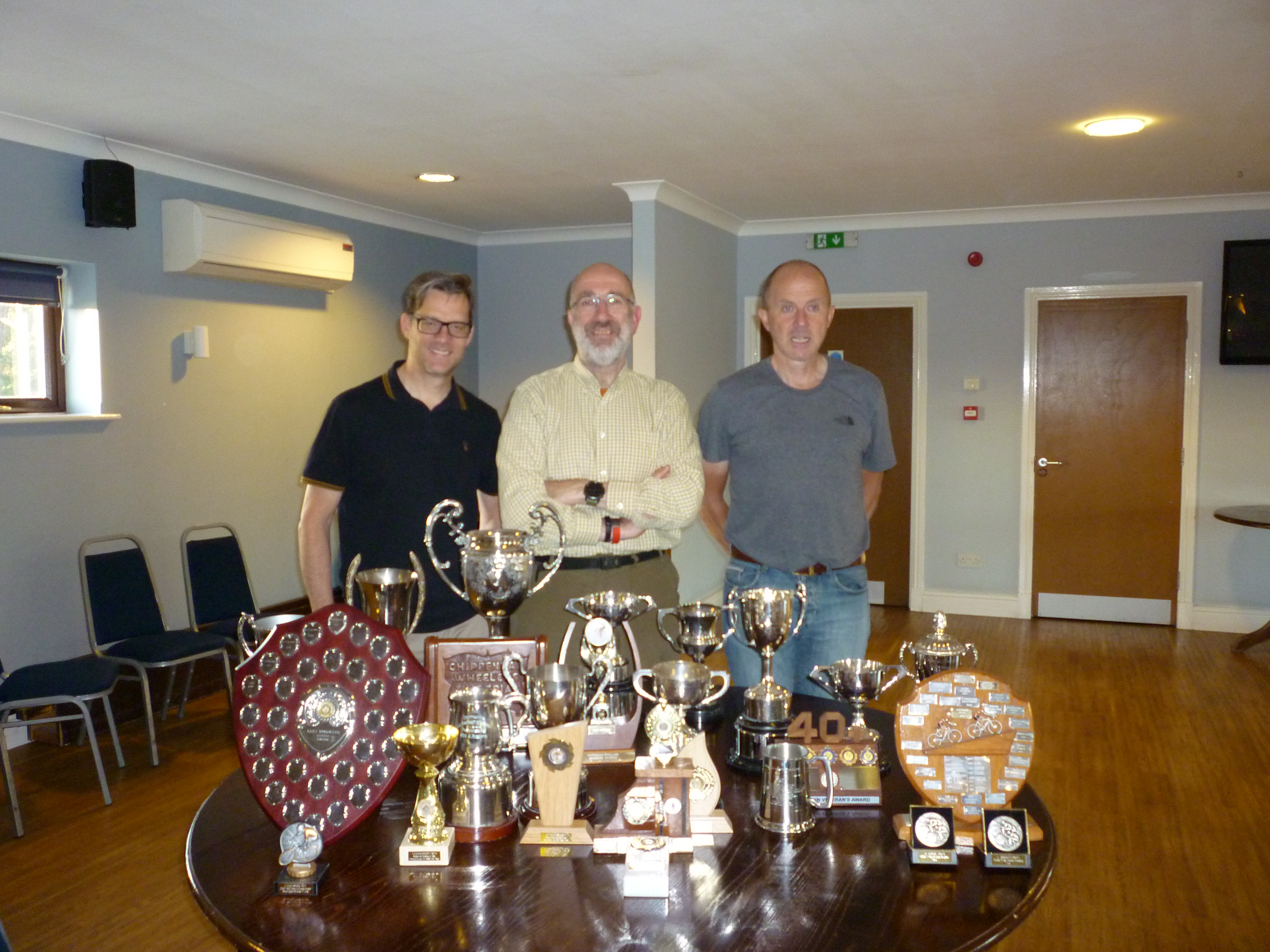 David English is the winner of the:

The club 2-Up is always hotly contested and last year the pair winning the event were Lauren Booth and Andy Cook.  (Andy says this is the one trophy he thinks he hasn’t won before!) 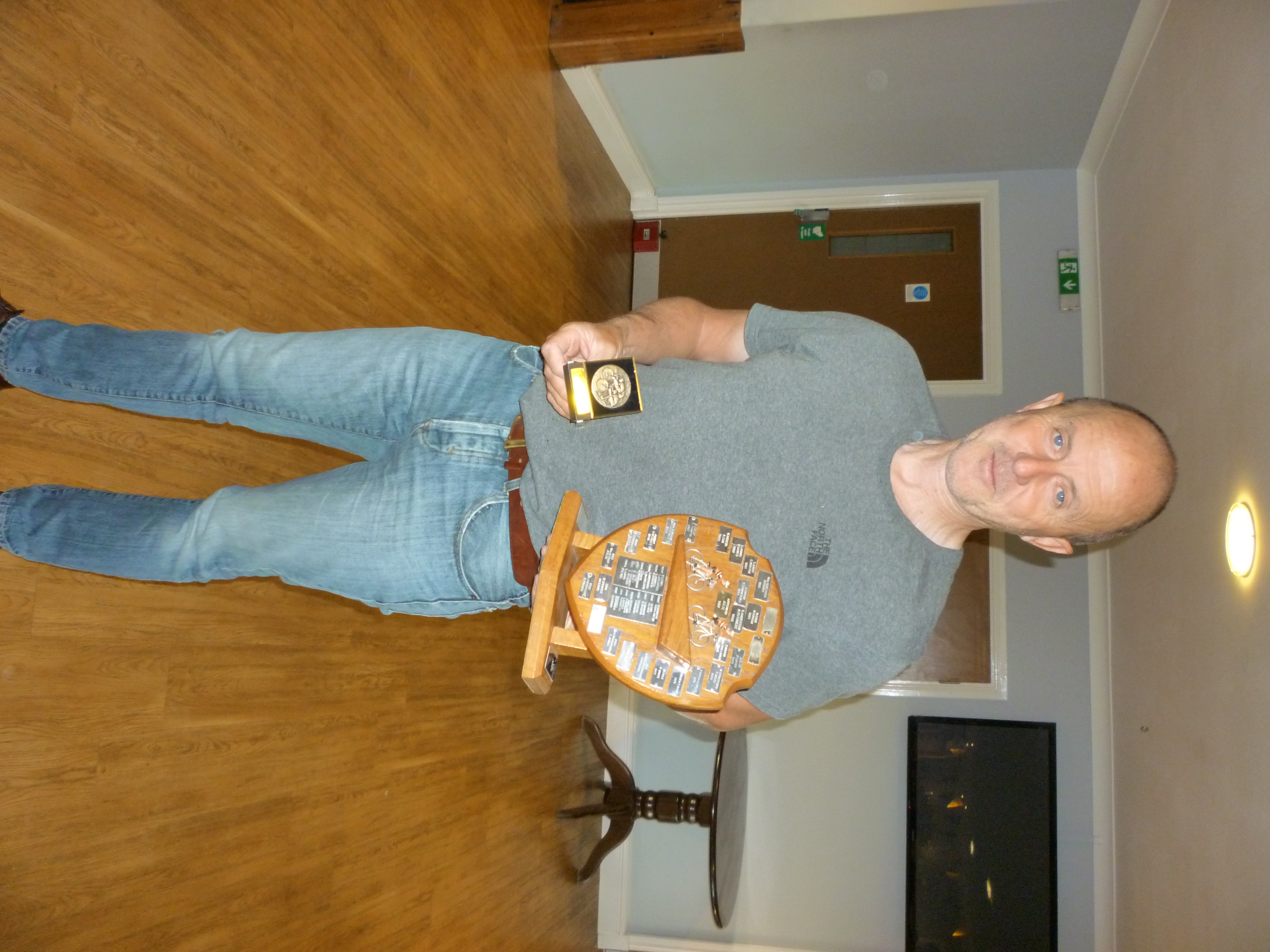 At the end of season the hill climbers come out of their shells to take on hills across the country and last year Andrew Lockwood qualified for the RTTC National Hill Climb Championship, which is no mean feat itself, and came 98th in a field of 179 finishers.  So it is perhaps no surprise that Andrew won the

And was also 2nd in the Hinder Cup 25 Mile TT

As I think you all know for several years the main time trial protagonists have been Simon Cox and Paul Winchcombe.  And Simon in 2021 took a clean sweep of the cardinal distances of time trialing at 10, 25, 50 and 100 miles. 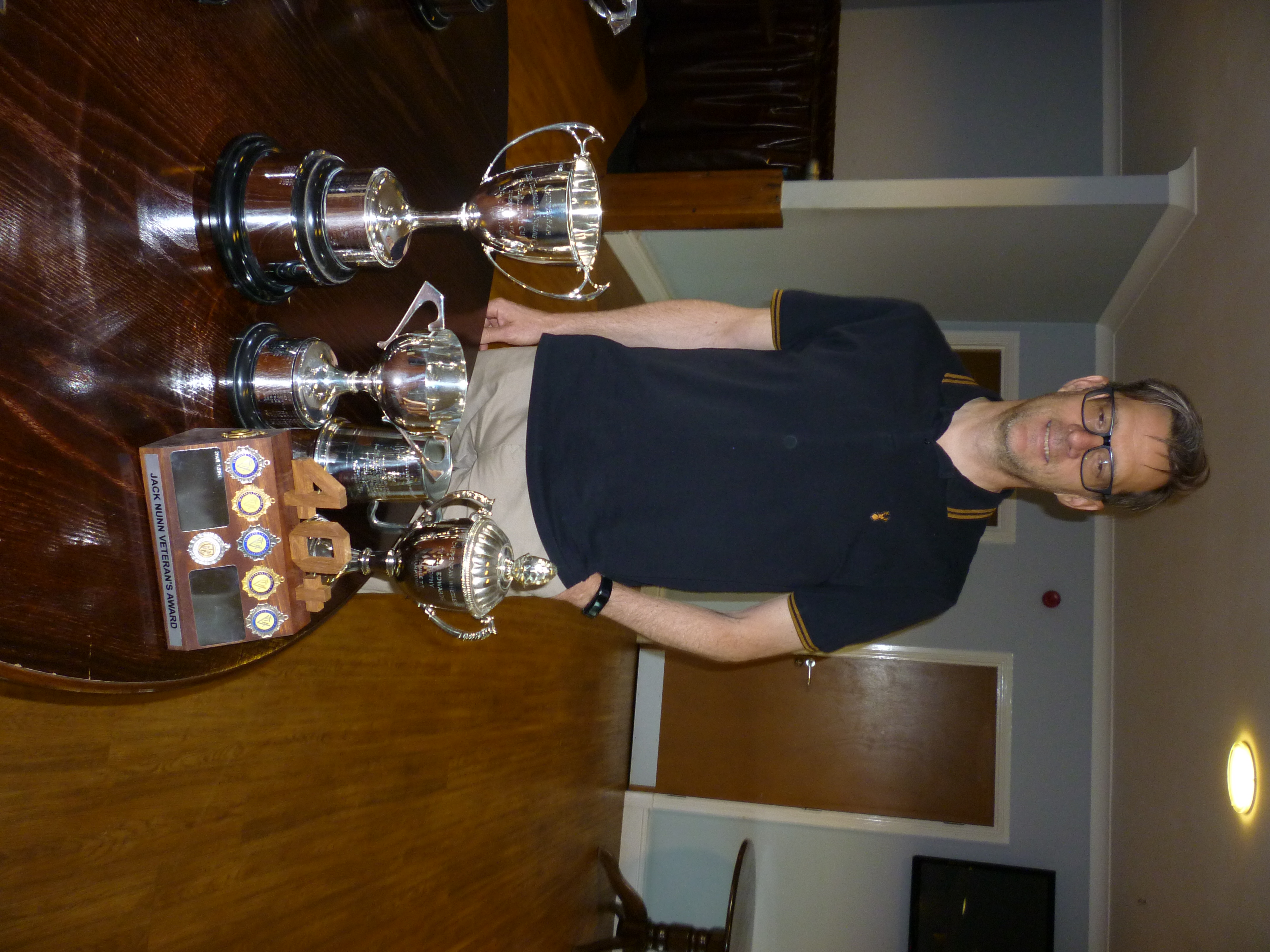 So congratulations to Simon for winning the:

Note this is a replacement award for a tankard that never came back from the engravers.  Our thanks to Mike Edwards to holding on to Jack Nunn’s veteran’s medals which are now mounted on this new award.

As many know Paul Winchcombe set himself a target of bettering all the age 60 – 64 club age group records in 2021, which means that he attacked some major distances.  This resulted in him coming 30th in the National BBAR across 50 and 100 miles and 12 hours with an average speed of 23.663 miles an hour. 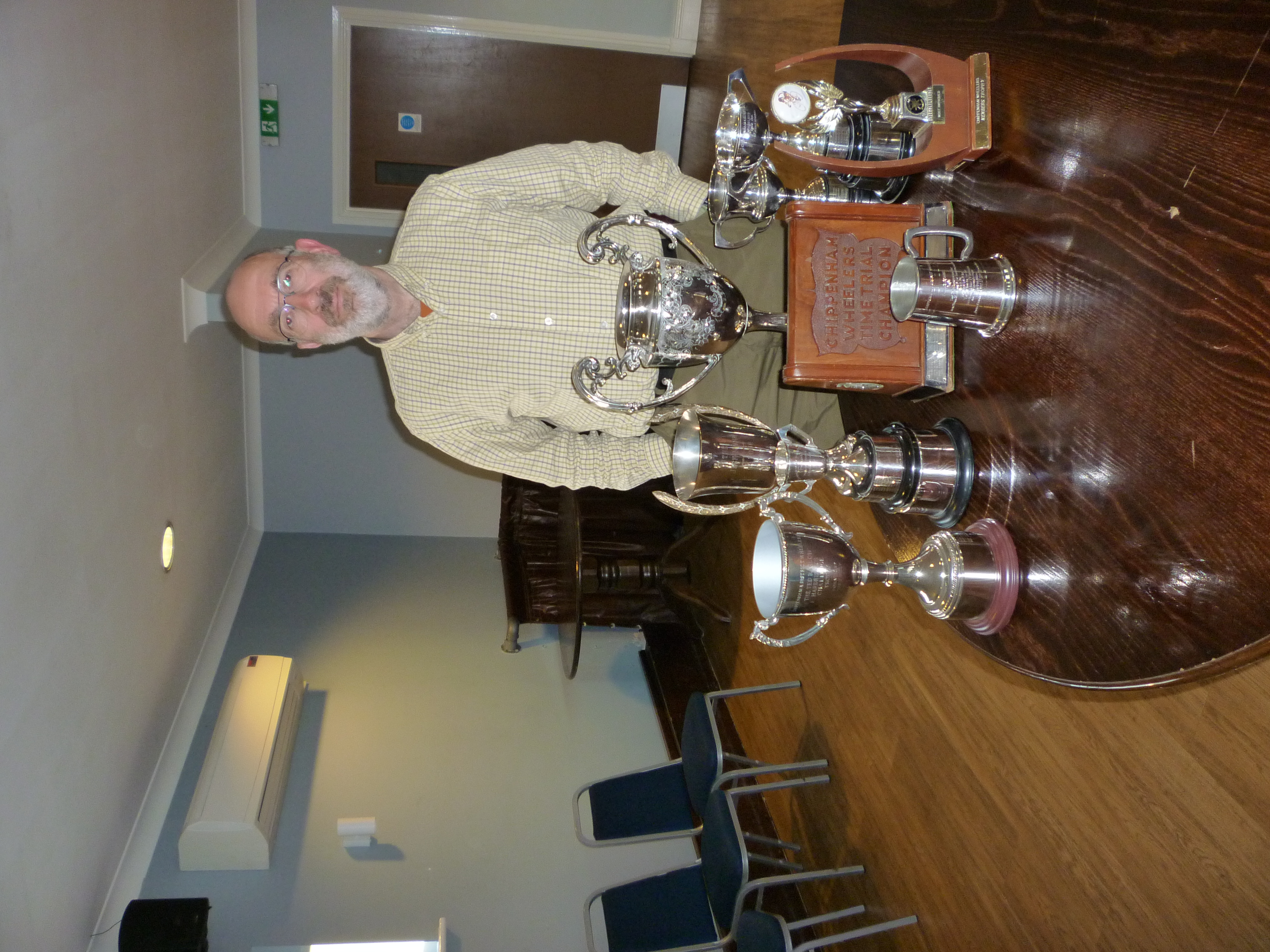 So congratulations to Paul for winning the:

For those not able to attend to collect their awards and keepsakes please contact Paul.  Keepsakes he can bring to the evening time trials, cups and trophies will have to be collected from his home.