With better weather this week and a drying wind our numbers were back up, compared with last week’s rather wet 25 mile TT.  It was good to see the top 5 Wheelers only separated by a minute and once again Matt Chapple taking club honours on a road bike.  Paul is blaming the extra camera weight to get shots of Owen overtaking him and then trying to keep up so he could get a shot of the S-bends (which he failed to do) as the reason for him being off the pace. 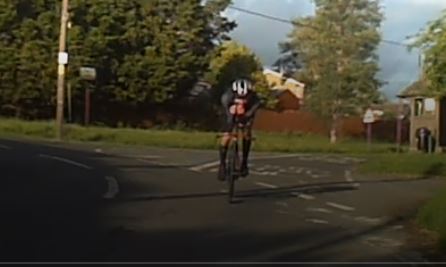 Owen taking the bus shelter turn, setting himself up for the overtake.

and then Owen powers past on his new 1x build and 55T. 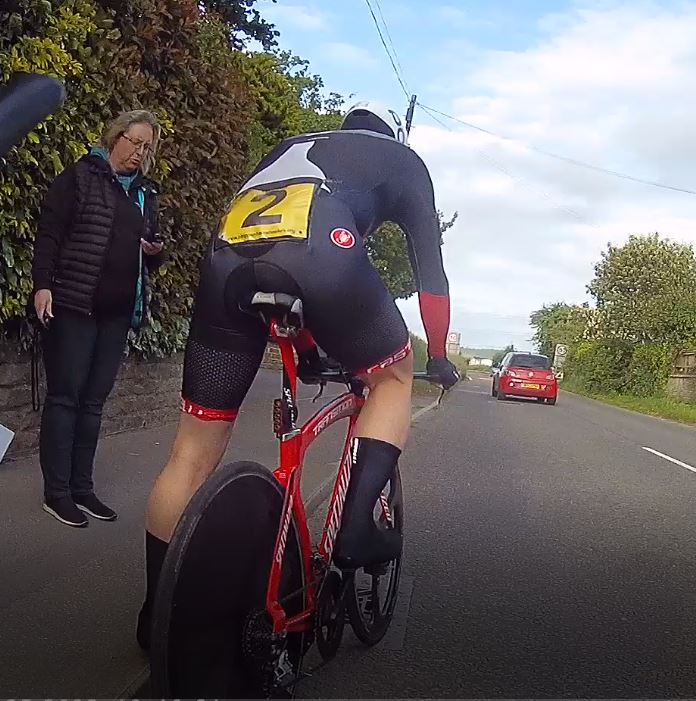 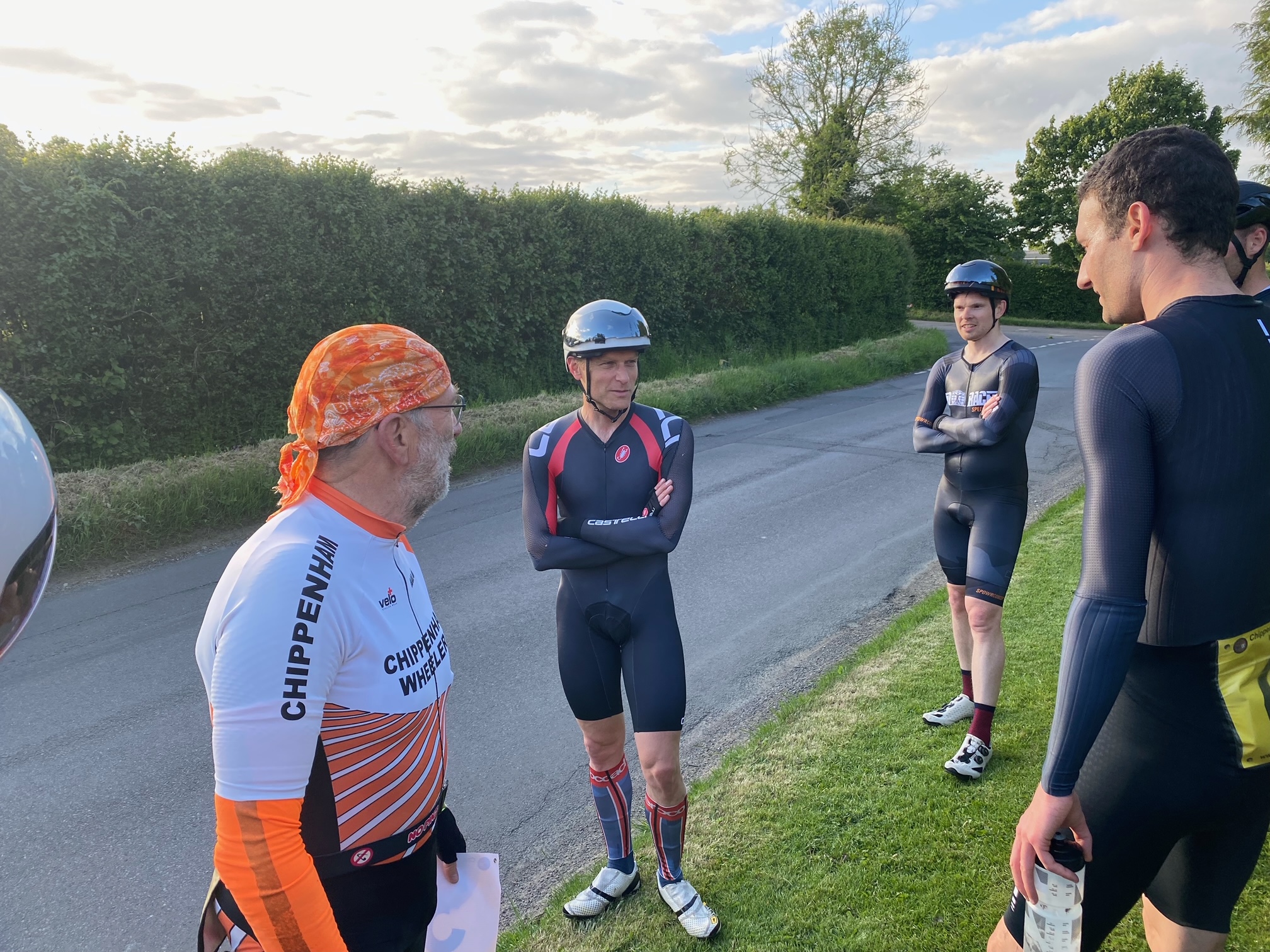