As some of you may have already heard, one of our long-term club members, Ken Duncumb, sadly passed away just before Christmas.

Ken and his wife, Betty, both joined the Chippenham Wheelers when they moved to Sutton Benger in 1984; they had previously had an association with the club, having made friends with the Else’s in the early 70’s, and the Wright’s even earlier. Ken started cycling in the mid 50’s for the East Surrey Road Club, and had a successful racing career in most disciplines, with his main success being on the track at Herne Hill and Preston Park. 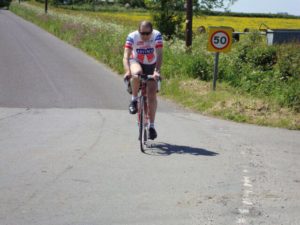 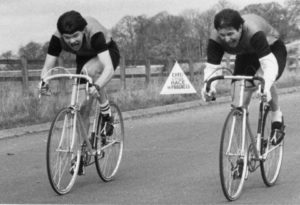 The family moved to Street, Somerset in 1972 and started the Street CC, where Ken enjoyed racing and time trialling. He remained a member of East Surrey all of his life.

Ken’s funeral will be held at Semington Crematorium on Tuesday 9th January at 10:45. Anyone wishing to attend would be more than welcome, if you could possibly let Rob know by dropping him an e-mail so that numbers can be gauged.

On behalf of everyone at the club, we would like to take this opportunity to wish the Duncumb family, our sincerest condolences at this sad time.