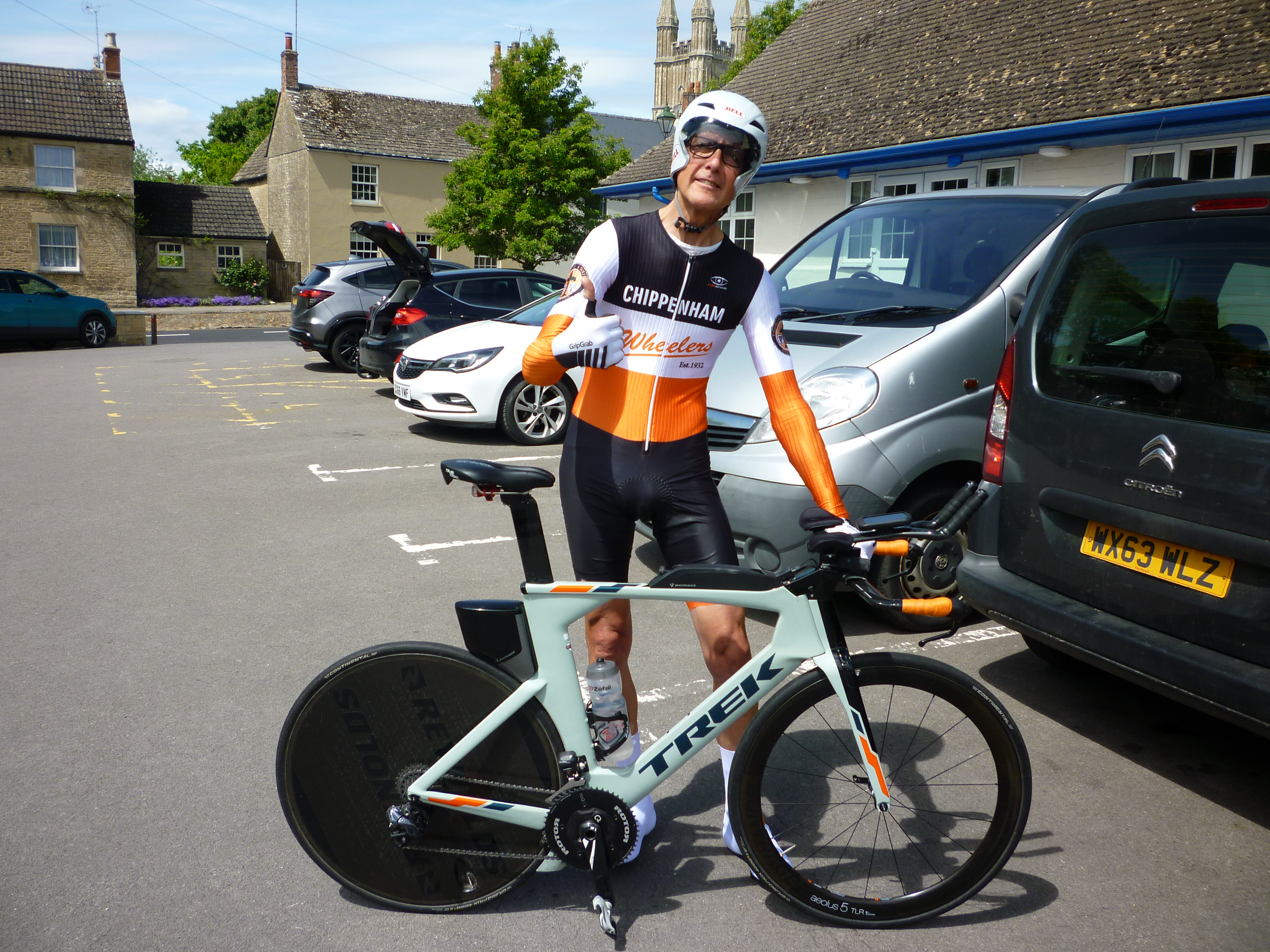 Paul Freegard looking fresh and confident before the off.

FTP Racing recommissioned the U46C 25 mile time trial course on Sunday 22 May and 6 Chippenham Wheelers riders entered.  The course was last used in 2013 and Paul Freegard remembers running the event for the club back then.  The conditions were ideal, a dry, warm and sunny afternoon with light crosswinds and no reported issues with drivers on the dual carriageway (DC).  FTP had signed and marshalled the course well within the constraints of not being allowed to put signs out on the DC for the turns which meant a high degree of concentration was needed to not take an early slip road and go off course.

All 6 of the Chippenham riders had great days out with either distance personal bests (PB), a course PB or an age group PB.  It should be noted that its been a while since we have had 6 riders in an event which is great to see.

Owen Burgess was the fastest of the club’s riders with a 54:15 setting a distance PB and showing that he is back to his best.

Paul Winchcombe did a 54:46 which was a course PB for him and in his post race analysis could not identify anywhere that he could have gone faster.  So 11 seconds off his age group record of last year.

Theo Anderson did a 55:35 on a road bike and came third in the road bike category and fastest junior overall (he was the only one riding though, but you have to be in it to win it).  His feelings were that the course was super fast and he smashed his 25 mile PB by about 9 minutes.  He also sent a new Junior Club record beating Matt Griffins 55:43 set in 2011.  A superb result considering he was riding a road bike and I am fairly certain Matt was on a TT bike.

Simon Cox was clearly under the weather having over indulged at a Saturday night cheese and wine party, which I am told came back to haunt him.  His usual meticulous preparation was upset by his rear light fixing failing and a masking tape bodge job was needed and the distractions meant no warm up.  He rode a 55:38 but I suspect this was a missed opportunity.

Paul Freegard raced his first 25 for 3 years and did a 1:01:09, beating the over 65 age group record by over 2 minutes which is a stunning performance. 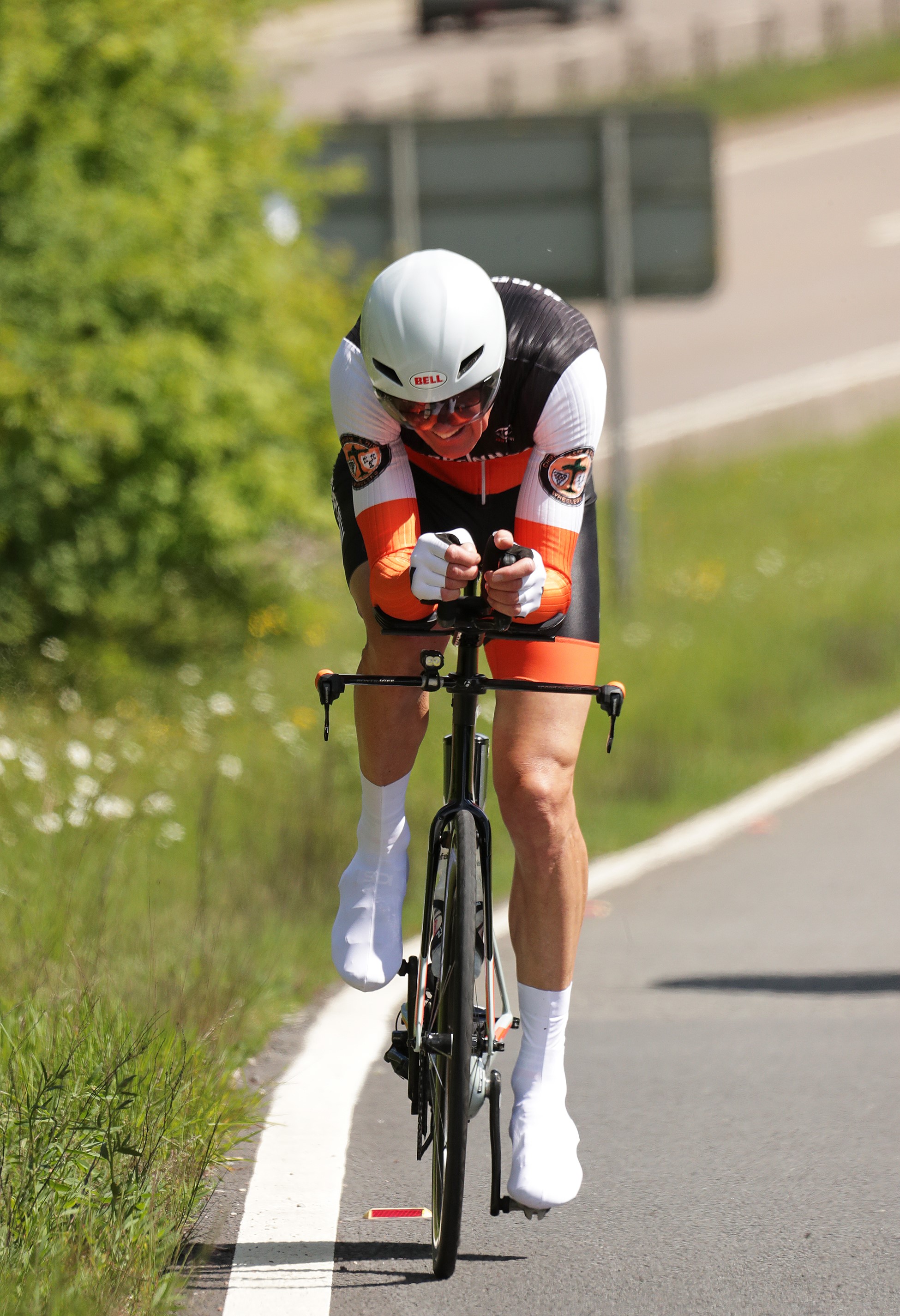 Phil Johnson of Flamme Rouge Photography captured our club riders and all images can be seen at the Flamme Rouge Site. 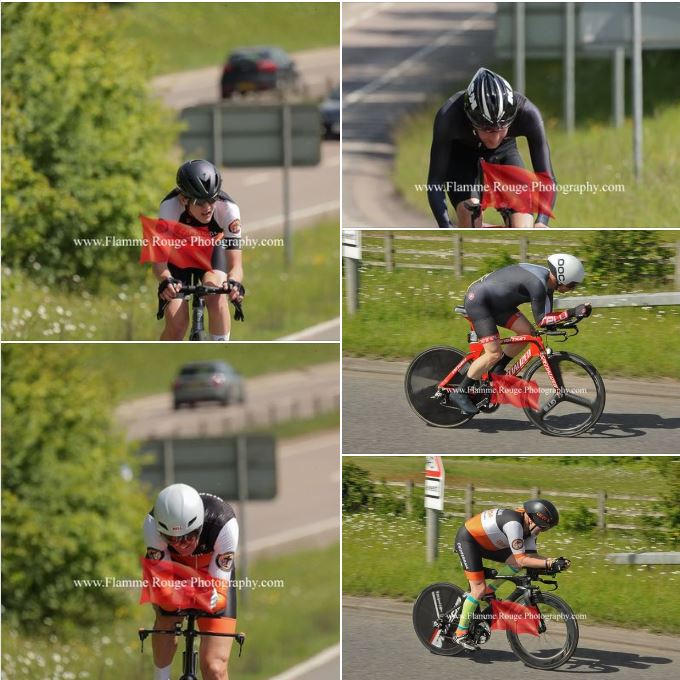 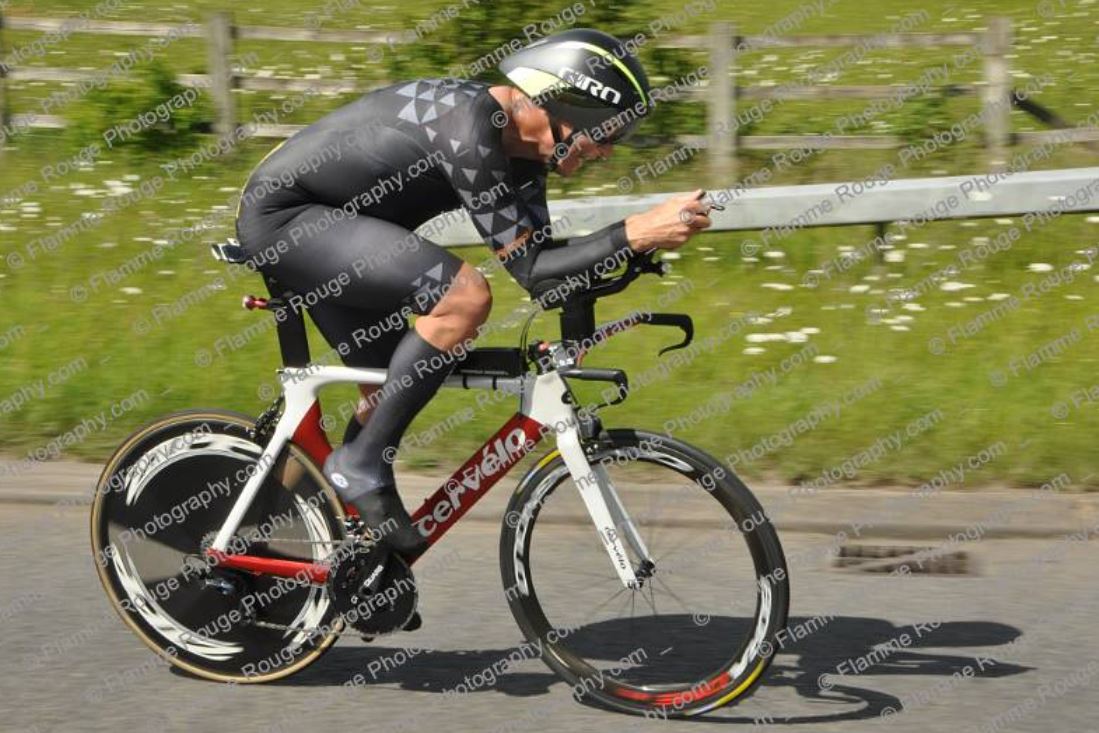 The event was also part of the club time trial championship and the standings table is linked TT_Championship_Table.  Now that all the qualifying 25 mile events have been completed only those shown can complete the series.  Owen leads the standings by one point on Paul, both having completed the same number of qualifying events.