Another month has come around and we have been blessed with warm dry weather following a lot of wet in June. Take a look at the stories below to catch up on what some club members have been up to and more importantly, what is coming up next.

The last in the Club Audax series rides, the 175k took place on June 23rd. Weather was warm and cloudy with a threat of light rain late on in the day. That did not deter a good number of riders meeting up for the 08:00 start. A number of groups quickly formed at different paces from steady, to silly and we headed south for Sherborne. The ride is best described as lumpy with 2100m of ascent over the route including the cheeky drag up to Cucklington where the photo below was taken. There are some great descents to including the drop from Alfred’s Tower, the run into Sherborne itself and Gare Hill. Fuel stop at Oliver’s in Sherborne as usual then time to head back home. 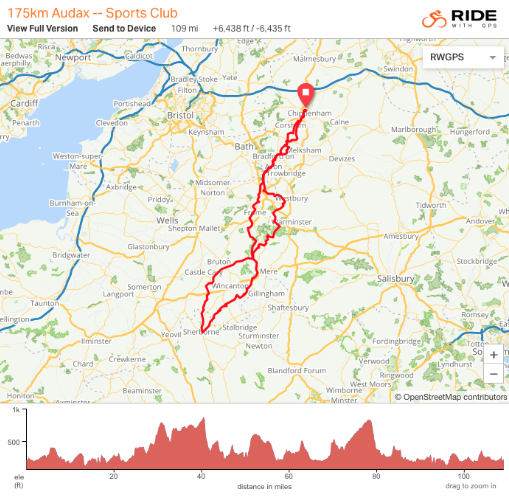 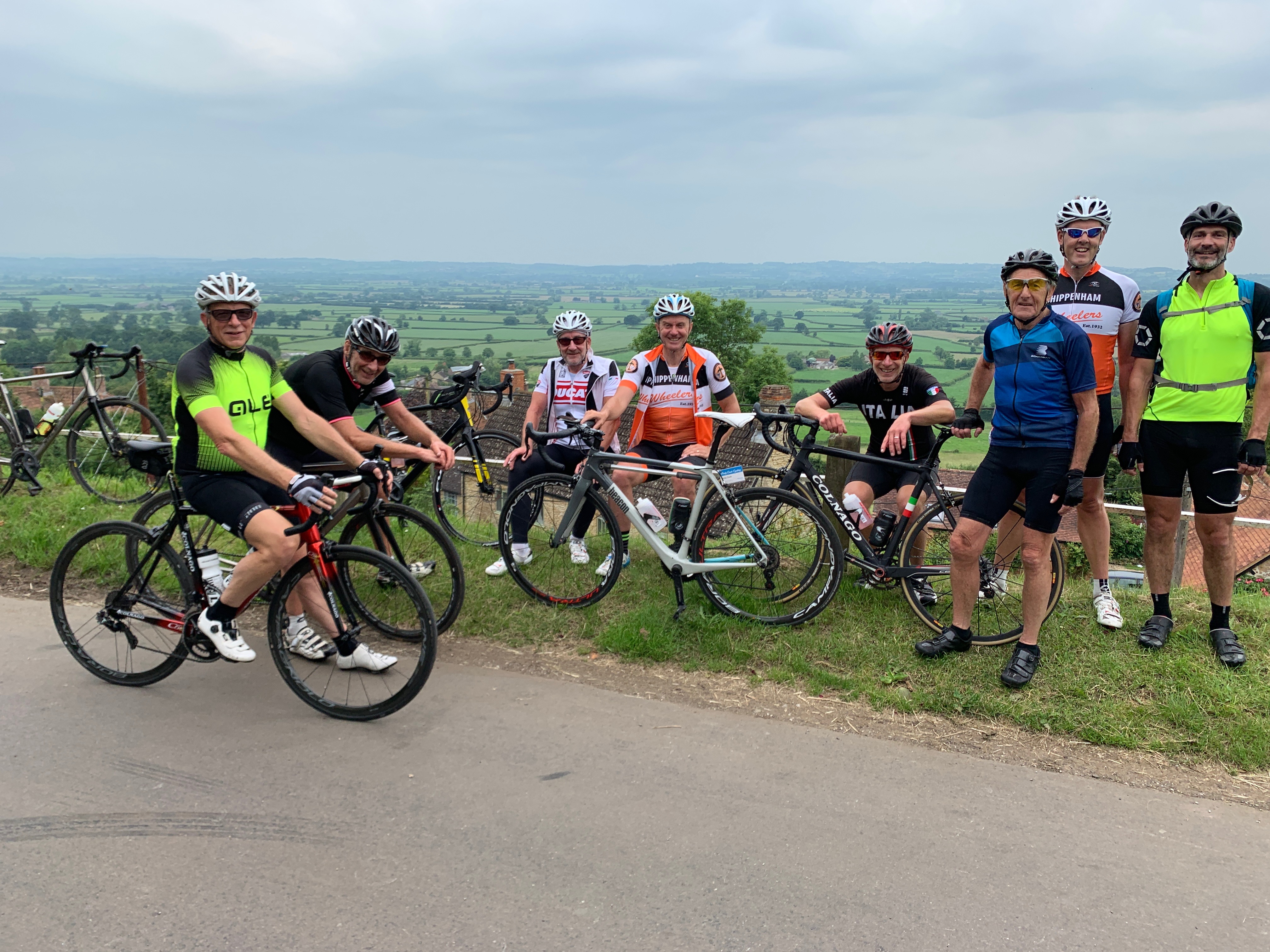 We hope members have enjoyed this years Club Audax series and seen their own stamina improve with the increasing ride lengths. On to the challenge rides then.

See Sheni’s write up of the Gospel Pass 185k ride that took place on 15th June.

Pleased with the route, a really lumpy test for everyone which is going to leave us feeling the after-effects. 7 started and we soon split into 2 groups. A pleasant breakfast stop at Valerie’s Café in Monmouth helped us to avoid the worst of the morning rain. Found a lovely road from Monmouth over to Steel Horse. Then a pleasant ride up the Usk valley where the sun came out to shine before climbing up to Bwlch and over to Llangorse. Stopped for lunch at the fantastic Honey Café, one of my favourites. Took the northerly approach up to Gospel Pass for the first time and ended up walking a bit of the steep lower section as the back wheel was slipping and there were many walkers coming down the narrow gritty lane. Once past the steep section the climb turned out to be beautiful, crossing open moorland and riding through fords on our way towards Hay Bluff with Lord Hereford’s Knob to the west. The final push up to the Pass had us riding with some of the Everesters, riding their 16 ascents in 24 hours. A long descent down narrow lanes to Llanthony and beyond was enjoyed by all and thankfully very little traffic coming the other way. We then picked up a particularly lumpy section of riding over to Cross Ash where 2 of our party missed a right turn on a descent and ended up in Grosmont, whilst we continued on the route, eventually re-grouping near Monmouth. We re-fuelled at Costa and then cruised down the Wye Valley to Tintern from where we climbed up the Anghidi Valley and then back down to St. Arvans and Chepstow. A grand day out.

Next rides in this series are:

Following on the theme of epic rides, club committee members Rachael Still and Sue Crane found their solid training paid off when they successfully completed the “Chase the sun”, sunrise to sunset challenge ride on 22nd June, the day after the summer solstice. See Rachael’s write up of this 207 mile ride below! 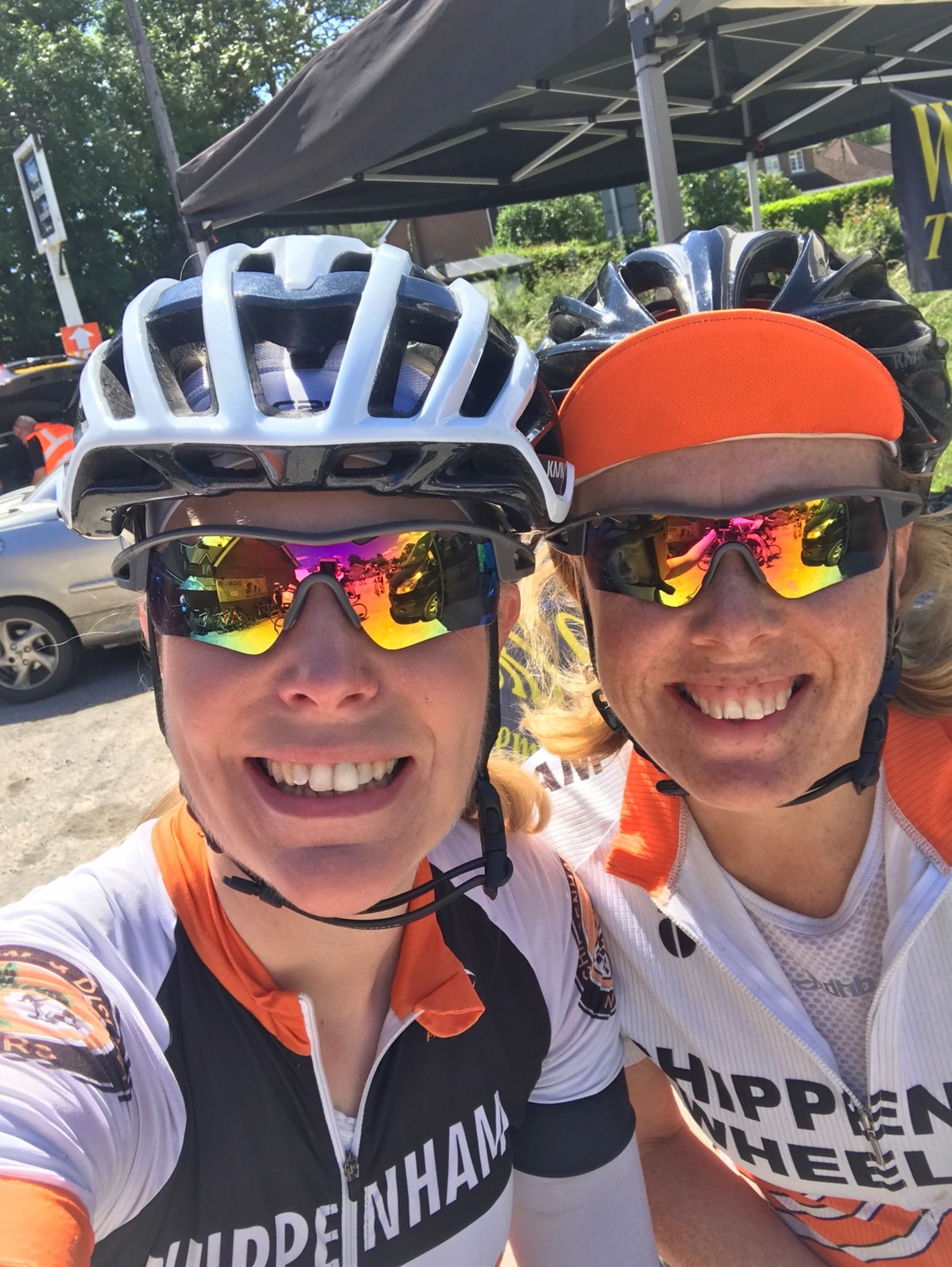 WOW! What an absolutely incredible experience. We trained so hard for this event however nothing really prepares you for what lies ahead – a gruelling 17-hour day in the saddle taking in some beautiful parts of the country with lots of highs and plenty of lows.

The weather couldn’t have been more perfect if it tried. Warm, but not too hot with a favourable tail wind for most of the journey and to get to ride this mega distance with my favourite cycling wife in such fantastic conditions was simply awesome.

We shared so many moments together (good and bad) one’s that we will never forget including a cheeky pre-ride pee in some random blokes hotel room at the start and a road closure due to an accident literally a few miles from the end. Panic ensued as at one point we thought our ride was over (reaching the seafront by sunset NOT not completing it that is) but the fact we had to re-route only to find ANOTHER road closed. By this time we’d picked up a small group so working as a team we got the bikes over the barriers all hopped onto the bridge and found our way to the other side – talk about a dramatic finale – however not finishing was NEVER an option. After a a couple of EXTRA miles (as if 205 wasn’t enough!) we had made it to the finish and received a massive welcoming with cheers from the crowds lining the streets of Burnham.

You can’t describe that feeling of sheer elation (and relief!) as you take your last few turns of the pedals down onto the jetty. All I know is I will hold onto it forever and whenever I’m having a bad day I will remind myself of what a huge achievement it was. Also a special shout out and great THANK YOU to our top lead-our guys from DTCC who dragged us round for the first century – without you we’d probably still be out there now! Lots of other thank you but they know who they are.

Would I do it again? NO WAY! Would I recommend it to anyone else mad enough to take on such an epic challenge? DEFINITELY!

For more information on this event, see https://www.chasethesun.org/

The open and club time-trial events continues with club open events being held (Open 25 on 23rd June), Wednesday night time-trial series and the competition for the club trophies by participation in other open events. See https://www.chippenhamwheelers.org/racing/2019-time-trial-page/ for details of events and results. Thanks to both organisers, marshals and other helpers for all these events.

Our esteemed racing secretary Paul Winchcombe (3.0), Robbie Richardson and his son Jamie have entered the national 24h time-trial being held the weekend 20/21st July in North Wales and Shropshire. A shout out for assistance at this event, see https://www.chippenhamwheelers.org/doing-anything-weekend-20-21-july/ has been made if anyone is able to help. Paul is raising money for his chosen charity Evie’s Gift in memory of a neighbour. See https://www.justgiving.com/fundraising/paul-winchcombe-24-hr-time-trial for the full details and updates in the run up to the event. Hopefully, we will be able to report a mega milage in next months news.

Coaching sessions at Castle Combe continue to be working well, usually with enough riders to form 3 solid groups – great news for anyone wanting to group riding skills, and also for those looking to progress. Aim is to be controlled and steady and finish the hour on the tired side of life. Come and join us every Tuesday from 6.30-7.30pm.

Don’t forget the circuit opens at 5.30pm, a brilliant time to warm-up those legs before the session starts. Click here to see the Coaching plan.

A limited number of Thursday evening GoRide sessions concluded on 27th June. These had been well attended by eight children aged from 5 to 12. Each were awarded a “Chippenham Wheelers” attendance certificate and most rode two laps of Castle Combe circuit that evening. Thanks to Jacqui, Paul, Sue, Kimberly and the rest of the team for this popular activity.