For once in a long while the weather was kind to us, dry and warm, the riders did not have to compete with the rain as well.

This year the field was down from the 49 riders in 2018 to 39, but we had the added attraction of the CTT National Hill Climb champion , Andrew Feather Champion Sytem (UK) competing.

The course record was now surely going to be broken. This was set last year by Richard Gildea Didcot Pheonix CC in 4:26.2

We were not to be disappointed, Andrew rode the hill in 4:19.81 a beating of the old record by nearly 7 seconds and a winning margin of 20 seconds.

It was great to see 2nd and 3rd place taken by Espoir riders who have not featured in the results before.

The ladies award was won by Nicole Coates Performance Cycles CC in 5:38.89 and Lucy Lee VC Melyd claimed the 2nd ladies place in a time of 5:46.39

The prizes were presented by our club president Mike Edwards in the Lacock Manor Room HQ after plenty of tea, coffee and cake were consumed.

A big thanks to all the riders, helpers and marshals on the day who made my last time running the event a success. 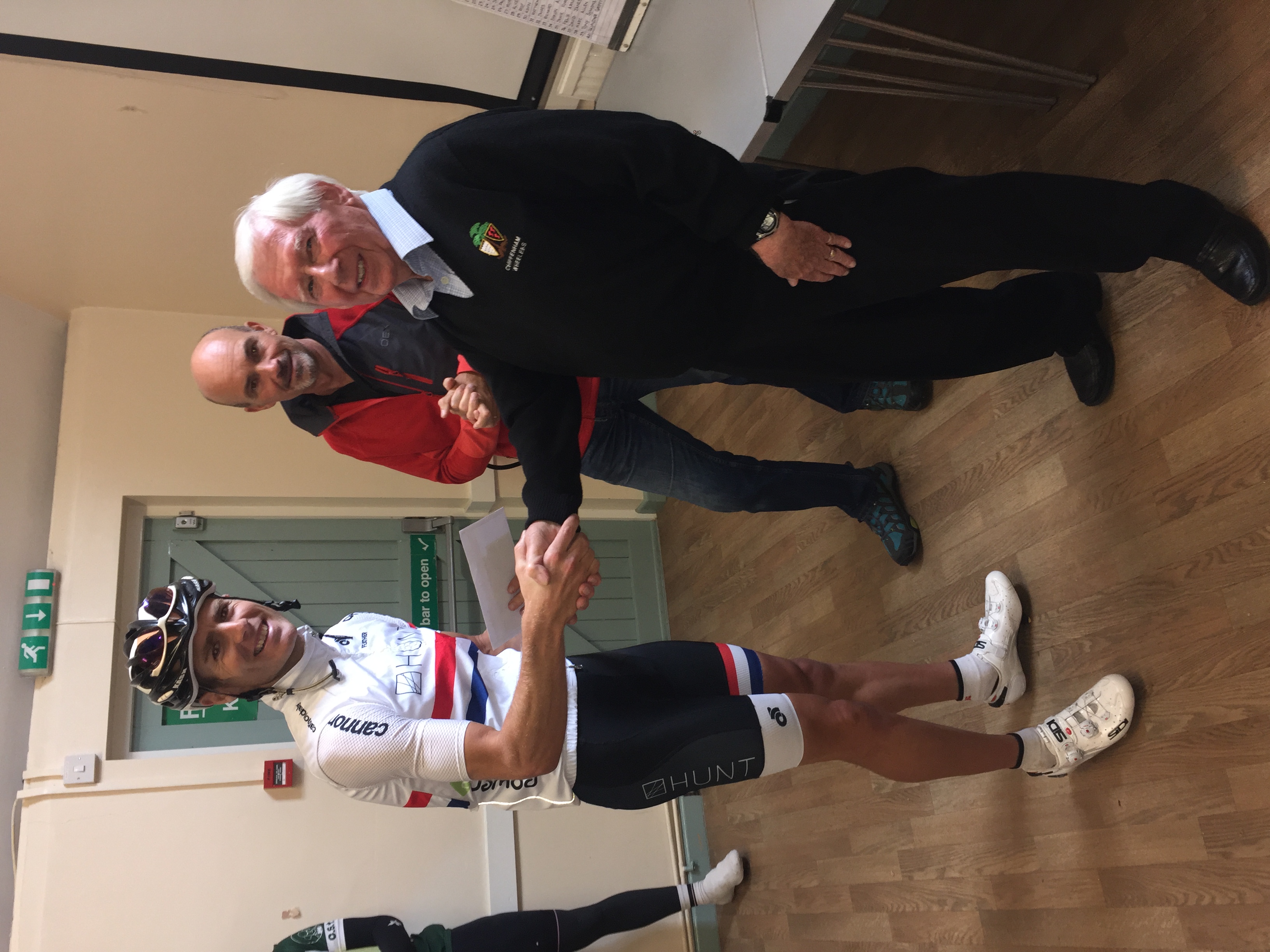 As this is my last year organising the event I would just like to take this opportunity to thank all riders, marshals and helpers who have helped make the event a success over the last 9 years.

As Mike Edwards said why did he not make it 10 years? I am not sure really! I was then presented with a bottle of Red by Sue Edwards for my efforts.

Ian Potts takes up the rains (hopefully it won’t) of the event next year and I would like to wish him every success in the coming years. 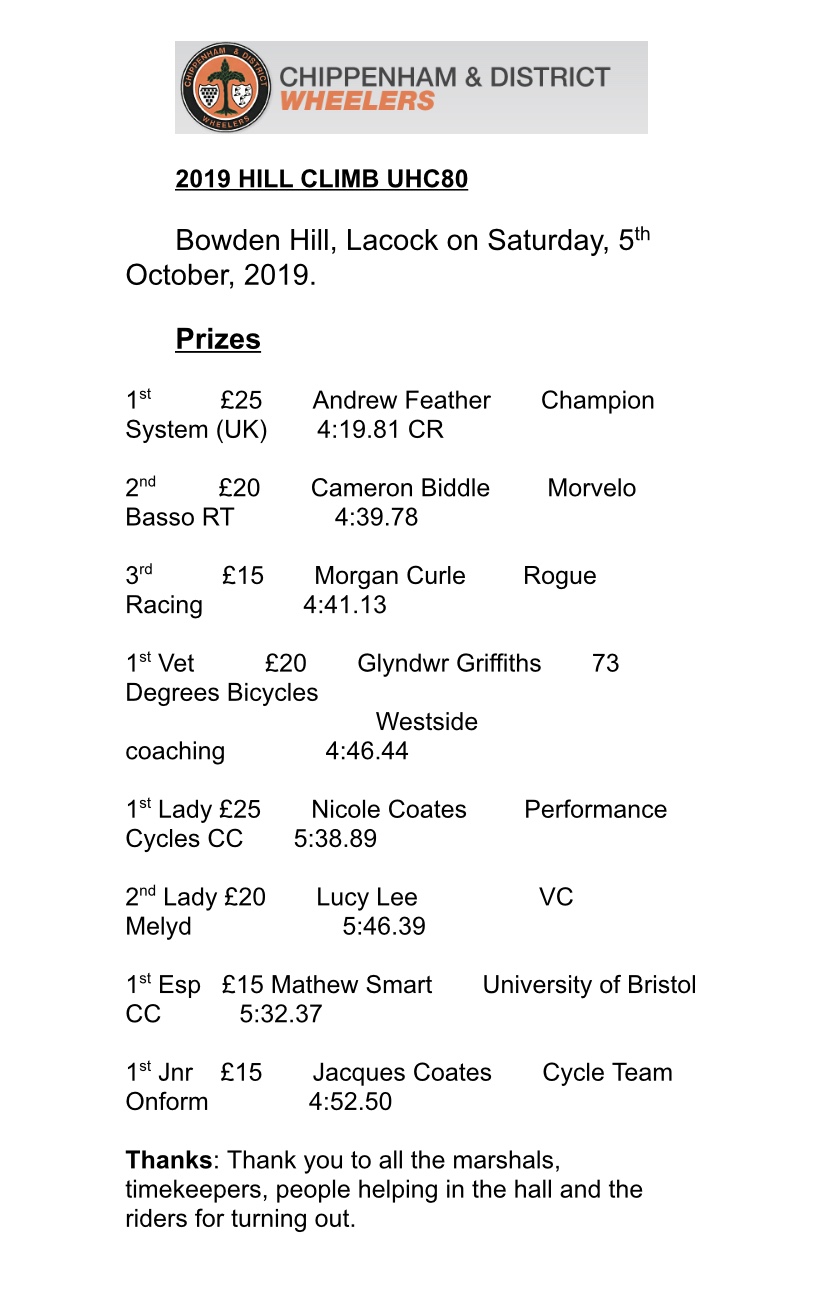